The multimodal haptic design installation “Así se siente mi Barrio ” was the result of the selection to participate in the artistic residency Me Sobra Barrio 2018 of the Image Center that was carried out in collaboration with Carlos Guerrero, Angélica Martínez and Cristina Rivas. The objective of this project was to carry out a collaborative workshop for the creation of haptic images from which the results would later be exposed in an interactive format. Haptic image is understood as the representations made by people with visual disabilities, which reflect the concepts and mental images from multisensory stimuli. Also the module received an Honorable Mention in the 2019 National Design Award, within the Experience Design category.


For the creation of the interactive module, a participatory process was carried out through the conduct of various sessions, some in which narratives of each participant regarding their experience of La Ciudadela (Place where was made) were shared, one of tours of the various funds of the library, a drawing session and others for haptic co-creation and revision. These sessions allowed us to understand and design an installation that could show the drawings and stories of each one of them regarding how each of the participants perceives the space.


Derived from an observation process, interfaces that blind and visually impaired people use in the library were selected, and the Sara device, developed by Freedom Scientific, was particularly highlighted. This device scans the text placed on its tray, and through Voice software reads the text to the user. Based on this device, we searched for a technology that could have a similar dynamic for the recognition of drawings. For this reason, it was decided to cut the drawings into MDF tablets so that users could feel the drawings made by the workshop participants, and an RFID (Radio Frequency Identification) code was placed on each tablet which, when placed on the Installation allows the user to listen to the audio of what the person had drawn.


In the installation a Raspberry Pi 3 b + reduced board computer was used and through its GPIO ports an RFID reader RC522 was connected, an LED to demonstrate the status of the installation which could be modified by two buttons, one for shutdown and another to restart. Additionally, a 2-channel relay module was connected, to which they were connected to speakers and headphones through a 3.5mm audio splitter and which alternated, Occasionally people were invited to test the module and they were given the instructions. If an individual placed a drawing on the module, the signal was transmitted to the hearing aids.


As an additional activation to the module, an audio tour was generated with the various testimonies collected from the tours with the workshop participants, and groups of people with visual disabilities were invited to participate, as well as the general public (they were invited to do the tour blindfolded) and thus visit the various areas of the library.

The module was shown in the Franz Mayer Museum from October 16 to 25, 2019 and in the Library of Mexico: October 20 to December 15, 2018 Universidad Autónoma Metropolitana: December 2019. 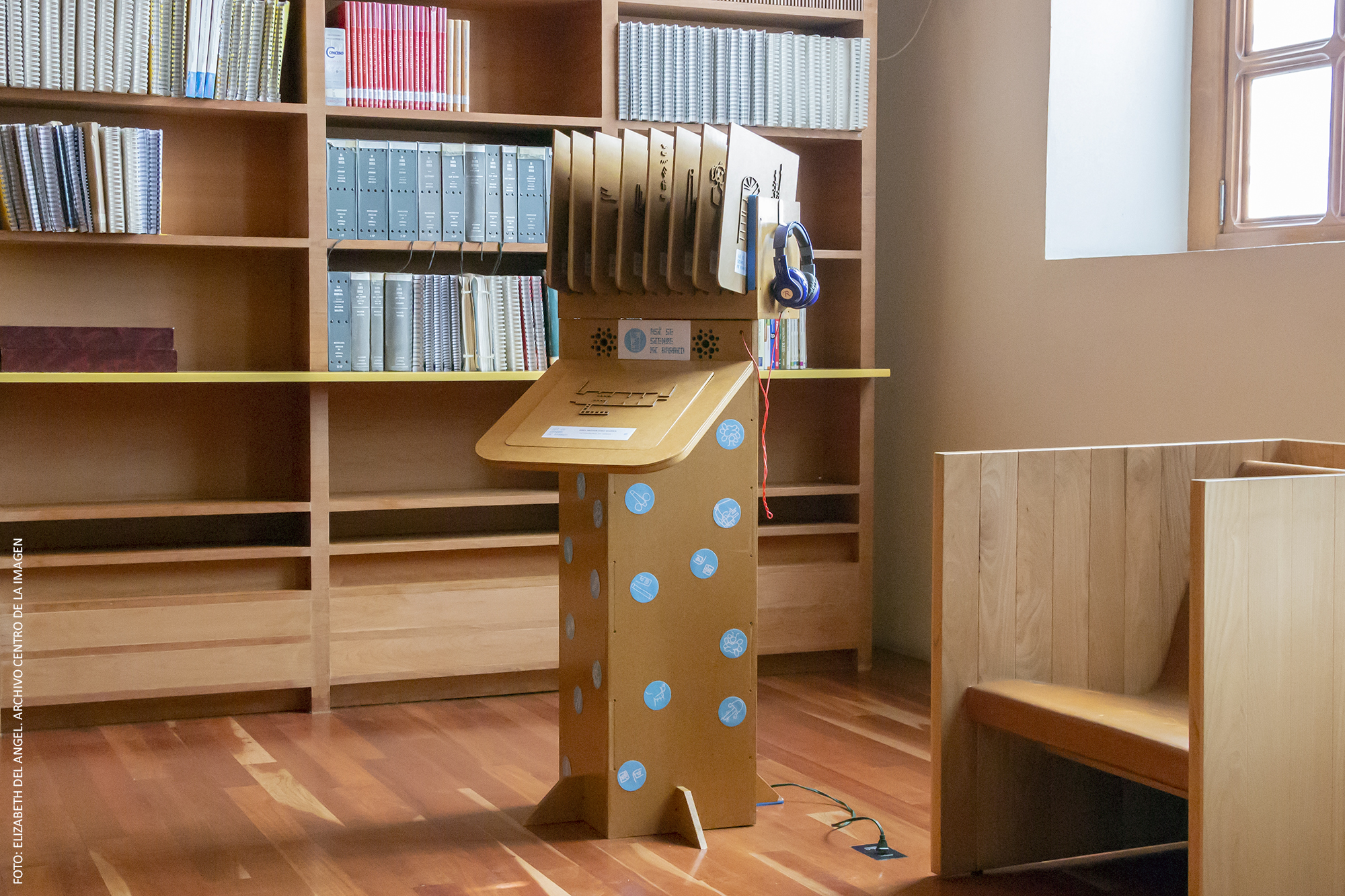 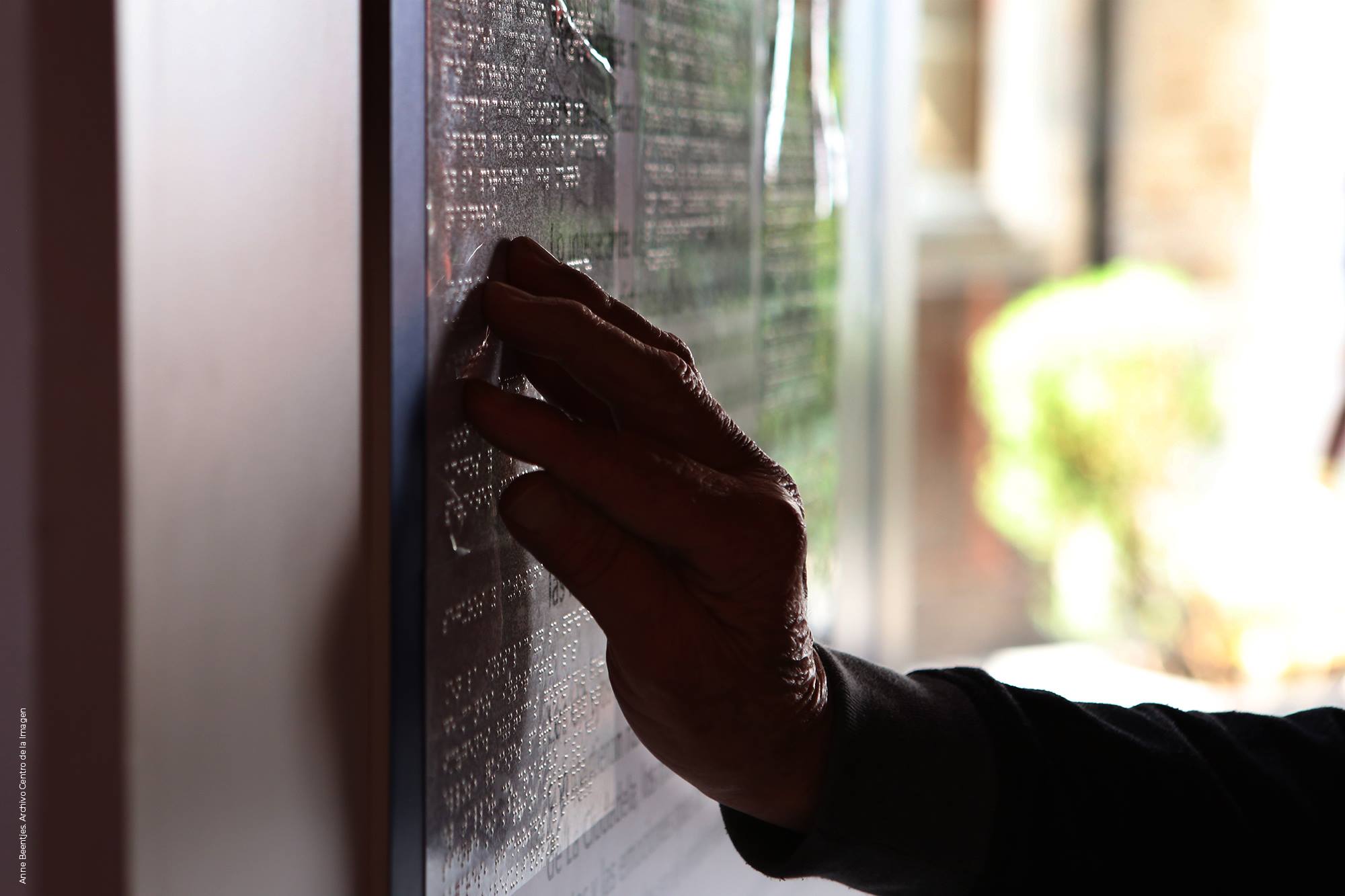 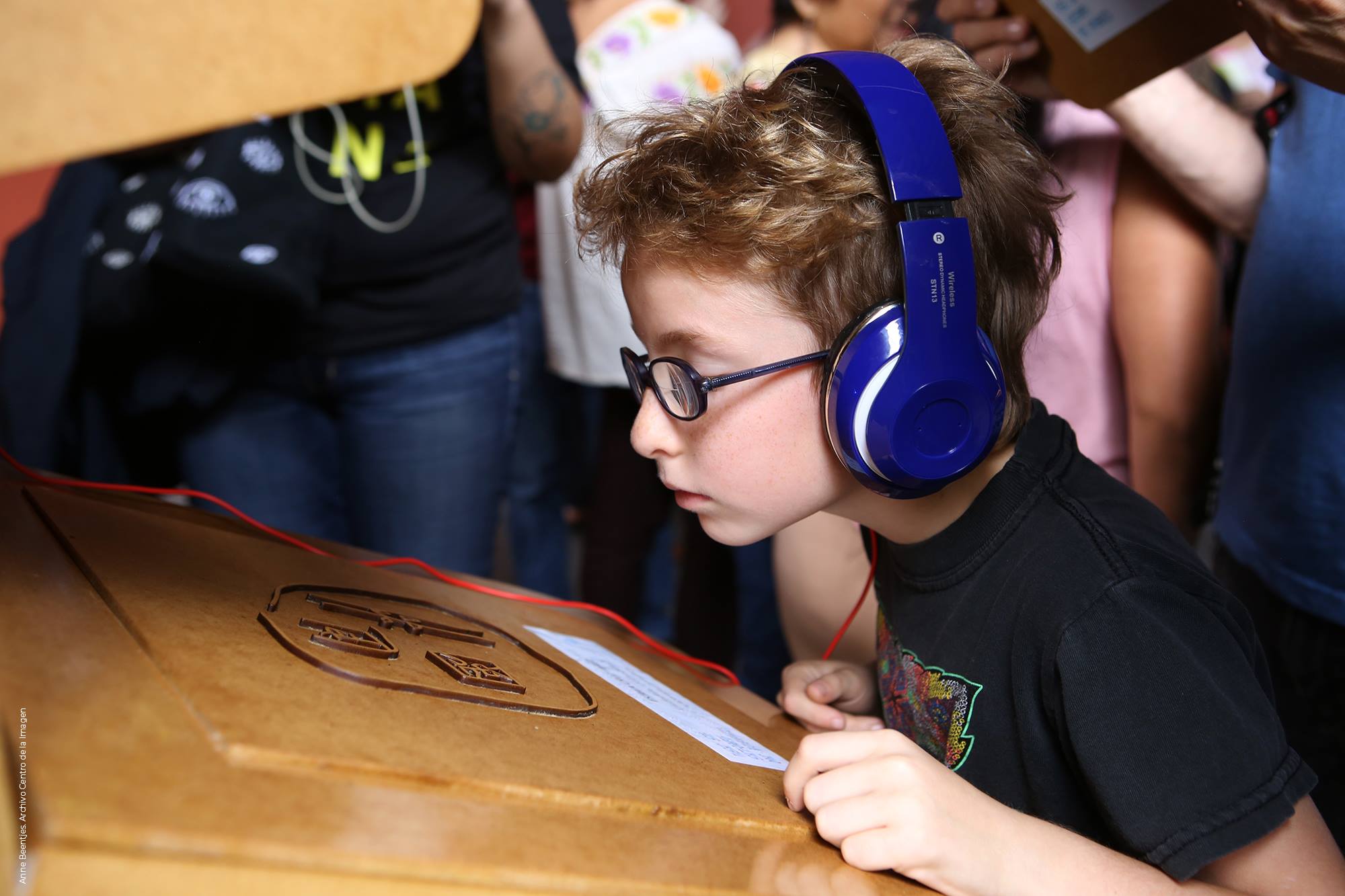 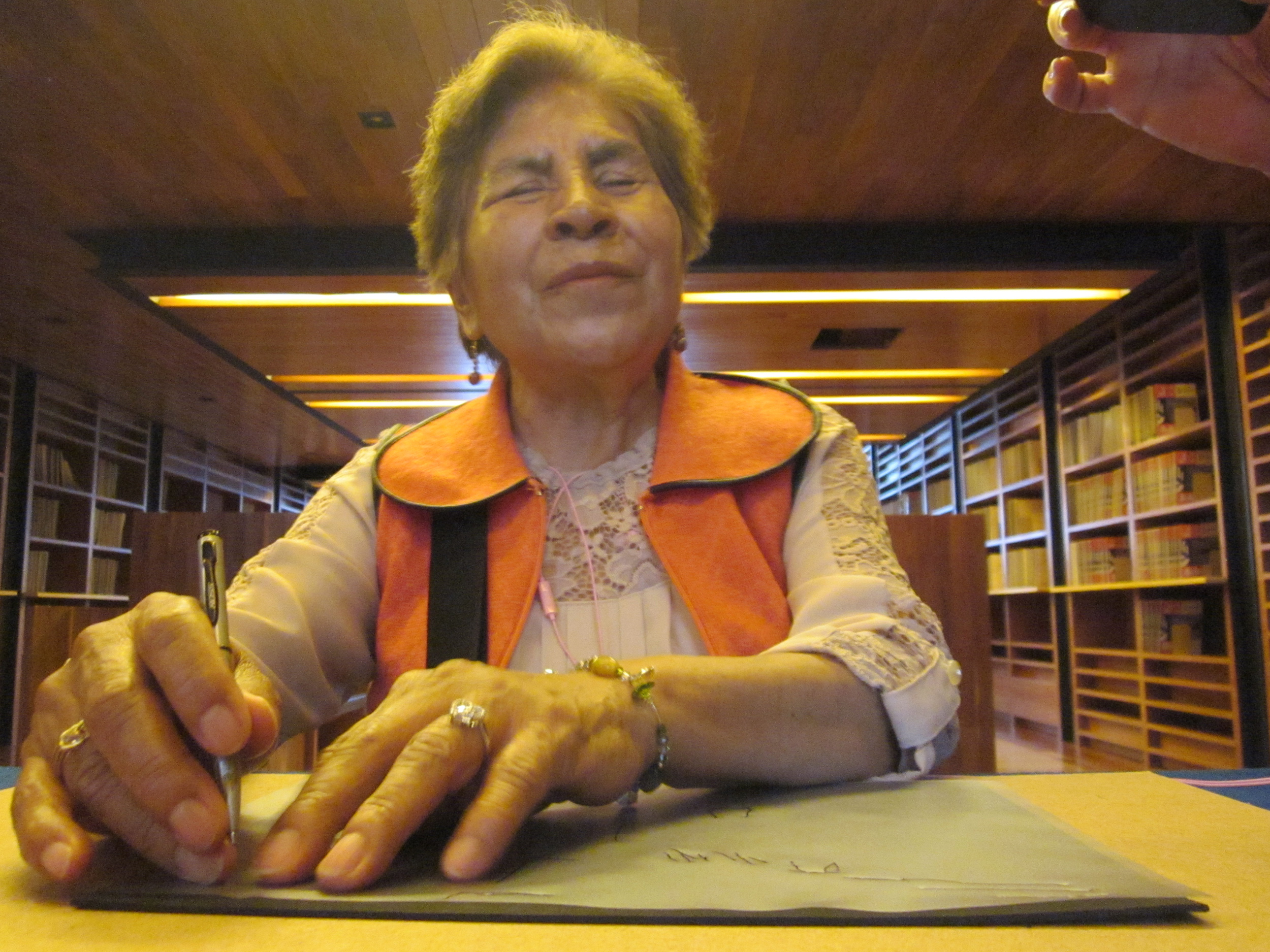 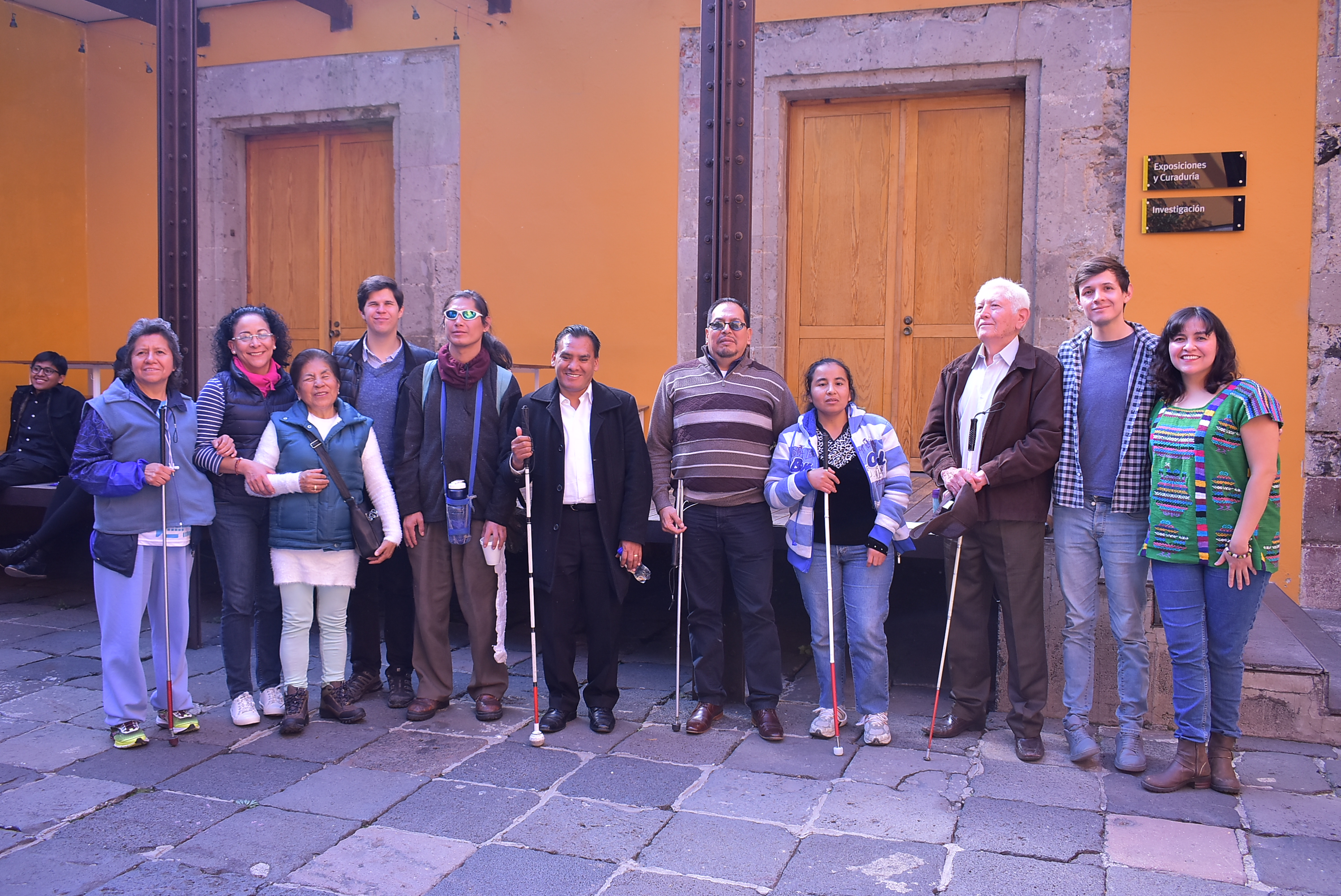 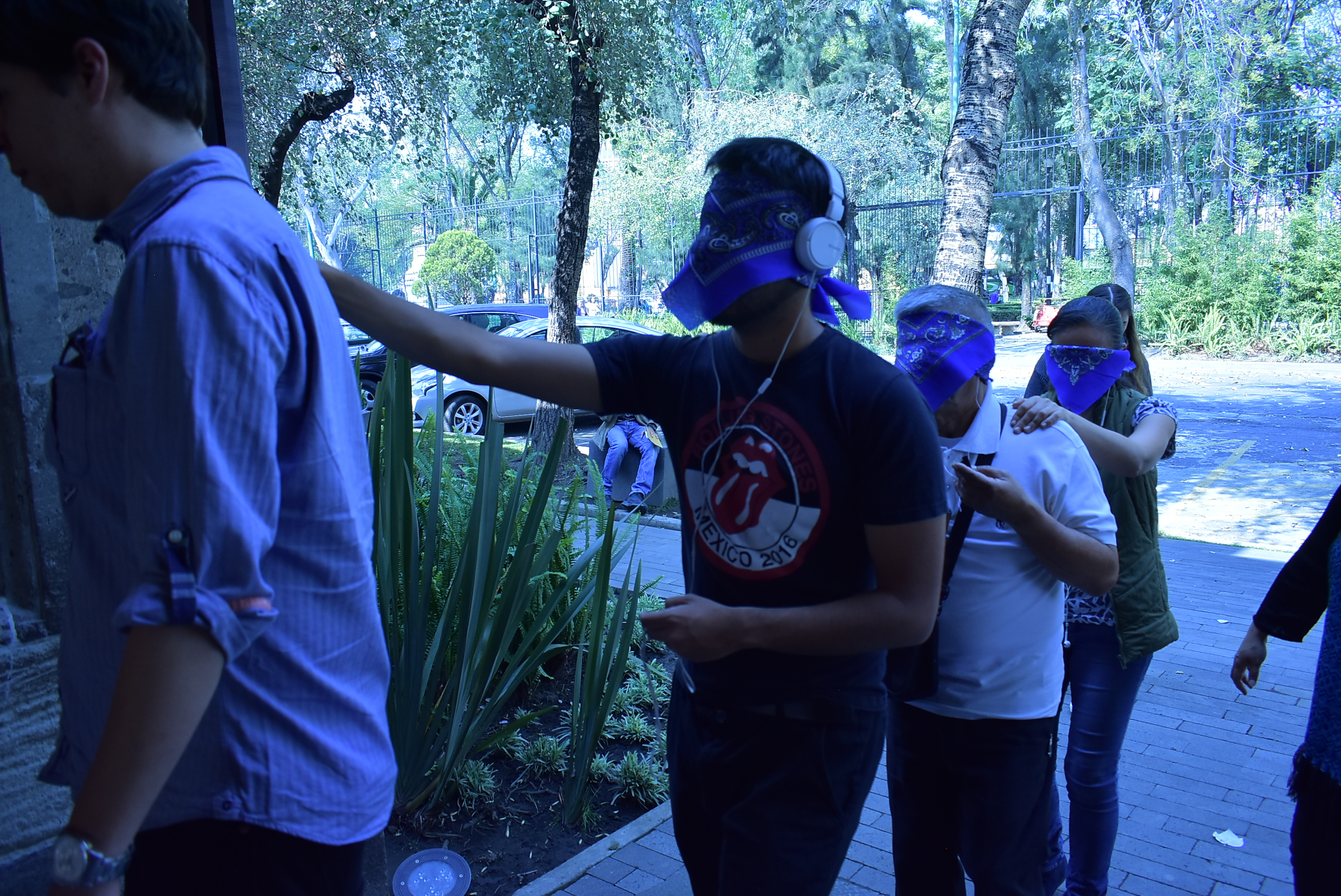